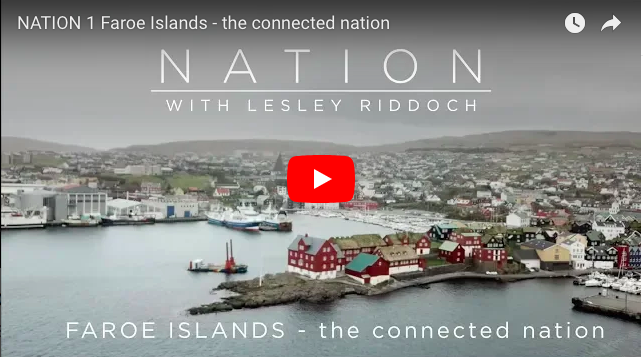 We’re delighted to bring you a groundbreaking series by our friends at PhantomPower – Nation is a series of films presented by former BBC journalist and widely respected author and commentator, Lesley Riddoch. In these documentaries, Riddoch examines Scotland’s neighbours; she studies their political and social landscapes to see ways forward for Scotland.

The second in a series of films with Lesley Riddoch exploring Scotland’s inspiring northern European neighbours and what we can learn. Despite being a sub-arctic island pulsating with potentially catastrophic volcanoes, Iceland’s population (334,000 or Aberdeen and Dundee combined) has managed to become one of the most successful societies on earth. To understand Icelander’s attitude to risk and creating a positive from the bleakest situation means understanding the volcanic landscape that has shaped this nation and its fortunes. We look at how Iceland has harnessed the power beneath their feet, created a successful media industry by exploiting its lunar setting, how the land has shaped the island’s politics and more. The seismic global crash (and subsequent volcanic explosion) could have brought Iceland to its knees but, in fact, regenerated Iceland – empowering it to become a globally recognised, more sustainable, politically engaged nation with a future that looks brighter than ever. Iceland certainly puts any doubts about Scotland’s huge potential in perspective as the UK and Europe’s political tectonic plates continue to shift.

The first in a series of films with Lesley Riddoch exploring Scotland’s inspiring northern European neighbours and what we can learn.
Despite being a remote cluster of islands with population of just 50 thousand people (1% of Scots pop.), the Faroe Islands certainly don’t think small. The Faroes took on global giant Google to protect their language and identity and have also created the world’s fastest mobile broadband (a reserved issue in Scotland). The key factor in these success stories has been the Faroes Parliament: without doubt, the world’s most powerful devolved parliament. This wee nation relies heavily on fish which represents around 95% of exports but life in the Faroes is changing. A new generation, enthused by a proximity to political power, are shaping these traditionally conservative islands into progressive society that more and more want to live in. The Faroes is also finding itself at the centre of things as the Arctic presents new opportunities. The Faroese community connects in all kinds of ways – through tunnels that join the separate islands, by air to the rest of the world with its own national airline and is reconnecting with nature to create world-class food. There’s a lot to reflect upon about the future of the Faroes and Scotland but the ultimate connection is clear: with power comes the confidence to build a better nation.