What is the Gender Recognition Act?

The law at the moment requires trans people to provide two years’ worth of evidence that we have been living in our gender, and intrusive medical and psychiatric reports to a tribunal. Although this tribunal never meets the person, they take a decision on whether or not they are who they say they are. We know of many trans people who have been unsuccessful in their applications, due to the pedantic and onerous requirements placed on people to try and prove their fiercely felt and deeply personal identities. We know many trans people who are unwilling to apply, as they feel it is unacceptable to be asked to prove who they are to a panel of strangers.
How does it need to change?
The first call of our Equal Recognition campaign is to remove these evidence requirements, and move to a system of self-declaration. This is the area of reform which perhaps has had the most misinformation shared about it. The term “self-declaration” descr

ibes how the new process of changing the gender on your birth certificate would work. We are proposing moving to a less convoluted system without intrusive evidence requirements, but still requiring trans people to make a legal oath confirming the gender identity in which they are living and their honest intent to remain doing so until death. Deliberately making a false declaration would be a criminal offence punishable by imprisonment. The term “self-declaration” does not mean that we are calling for people, on a whim, at any point of their day-to-day life, to simply declare themselves any gender, but that we want the process of updating your birth certificate to be simplified and improved.
Updates to the Gender Recognition Act also won’t affect how trans people use services. Trans people already can and do use services and facilities that reflect our identity and how we live our lives, and not necessarily the legal gender recorded on our birth certificate. For example, transgender women, who still have male on their birth certificates, have for many decades been using women’s toilets and changing rooms. When they have genuine need, trans women can access women-only services such as rape crisis centres (everyone, whether trans or not, gets carefully risk-assessed before being accepted into such services). As such, how trans people navigate our day-to-day lives, the decisions we make about where we go, and what services we use, will remain largely the same after the change to the law.

What a move to a system of self-declaration would do is recognise that trans people ourselves are the only ones who know our identities, and that we shouldn’t need to provide evidence of this but be taken at our word. Introducing a self-declaration system would also bring Scotland in line with countries that have more recently updated their gender recognition laws such as Ireland, Denmark, Malta and Norway.

The second call of the campaign is to reduce the age at which people can access legal gender recognition. At the moment, only people who are 18 and over are able to update their birth certificates. We are proposing that 16 and 17 year olds should have the same access to an improved self-declaration process. This would reflect the broad consensus in Scottish politics that 16 and 17 year olds are able to make decisions for themselves, such as to marry or to vote.

We also think that trans young people and children under the age of 16 should be able to change the gender on their birth certificate. At the moment, even those young people who have been living for many years as themselves, who are accepted by their families, and who go along to school expressing themselves in the way that they feel most comfortable, are unable to have their gender identity legally recognised on their birth certificate. With their parent’s consent they can already change their gender on their medical records and passport but their birth certificate remains stuck unchanged, which causes them significant distress and inequality. This is why legal gender recognition should also be extended to under 16s with the consent of their parents. Allowing trans young people under the age of 16 to have their gender legally recognised is not about access to medical treatments. Decisions about the medical treatment of young trans people would continue to be made by medical professionals, and would not be affected.

Finally, we are calling for the legal gender recognition of non-binary people. A non-binary person is anyone who feels that their gender cannot be neatly described using the words “man” or “woman”. Instead, we feel outside, between or beyond these categories. At the moment, everyone in Scotland is legally male or female, and these are the only options for birth certificates. Non-binary people want to have identity documents that reflect our sense of self, rather than being limited to two options that do not reflect who we are.

For more information about the campaign to reform the Gender Recognition Act, please visit www.equalrecognition.scot 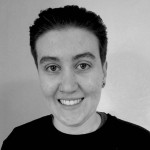 Vic Valentine is the Policy Officer at Scottish Trans Alliance, Scotland’s national project working to improve the human rights, equality and inclusion of all transgender people in Scotland.